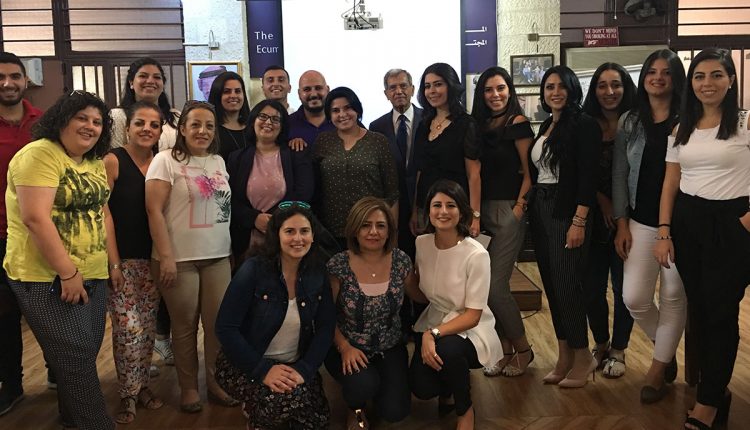 Middle Eastern societies are typically characterized by their youthful populations.

Middle Eastern societies are typically characterized by their youthful populations. Indeed, youth make up more than half of the region’s residential census. The sheer numbers of these young generations hold a unique potential; this is a challenge that should not be underestimated. A prime and overriding concern lies in the question: Can our societies adequately equip their youth academically,scientifically and professionally to become integrated in the process of nation-building, technological development and economic productivity? Or, will these young masses be added to the hordes of the idle, under- or unemployed, only to find themselves on the margins of society and history?

Another formidable fact confronting our youth is the effect of globalization and the information revolution. A Middle Eastern young person is caught up in two worlds that are very different and, quite often, contradictory. Middle Eastern society imposes limitations that inhibit ambition and restrict movement. Society often sanctions whatever it pleases and condones what suits the moment. Yet today, there is another, virtual reality into which a young person can, at the click of a button, sail off to distant and alien shores, to lands perceived to flow with milk and honey, leaving him or her withering with hunger and thirst, dying inside from loneliness amid the crowds on the Arab street, consumed with emptiness and lost in the void of meaninglessness.

A third reality has to do with religious identity. Youth in today’s Middle East are in a state of polarization. Some are recruited and steeped into camps of extreme religiosity; others are bored with religion and drift as far away as possible distance from it, while still others, unwilling to surrender their faith, are exasperated with dogma and repulsed with the mosques and churches. These challenges that are thrust upon us impel us to work diligently on reforming the educational processes to capture the imagination and enthusiasm of our younger generations, and to invest in their minds to prepare them to meet the opportunities and demands that may be available to them and, as well, to embrace the open possibilities of global economic progress.

These profound realities also oblige us to empower the young to turn from being passive and helpless consumers in the new globalized world to being active, fluent and technologically competent, capable of full engagement with the worldwide web. Mastering this new global language will grant them access to the possibilities of a new universe, not just as a tool for communication but as a vehicle for dialogue that stimulates new horizons of thinking and learning, ultimately leading to raising the level of human civilization. In today’s postmodern world, a new religious discourse must also develop, rooted deeply in genuine and purpose-driven faith to convey our youth from an environment of religious repression to the freedom of becoming “children of God.”