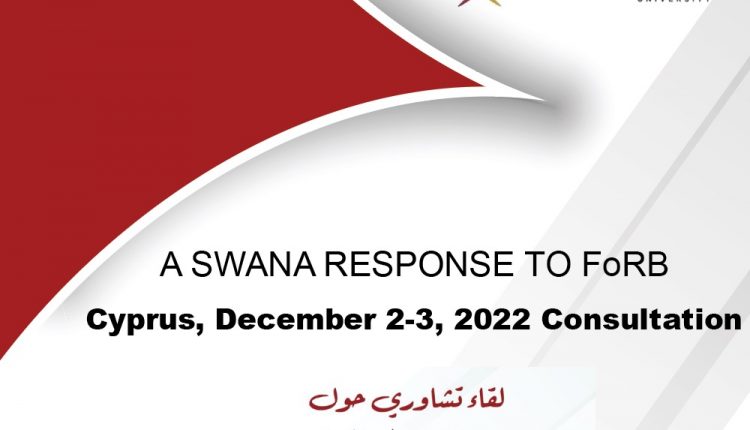 A SWANA RESPONSE TO FoRB

A SWANA RESPONSE TO FoRB 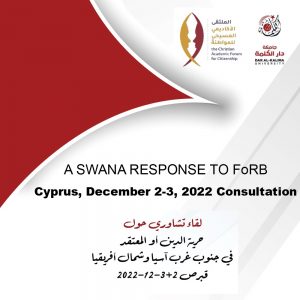 Dar al-Kalima University is organizing a Southwest Asian and North African (SWANA) consultation on FoRB (Freedom of Religion or Belief) with The Christian Academic Forum for Citizenship in the Arab World (CAFCAW). The consultation will take place in Limassol, Cyprus on December 2 and 3, 2022.

FoRB is a fundamental and universal right articulated in Article 18 of the Universal Declaration of Human Rights and other international human treaties. It safeguards respect for diversity and its free exercise has been shown to contribute to effective governance, development, rule of law, gender equality, peace, and stability.

Rev. Prof. Dr. Mitri Raheb, founder and president of Dar al-Kalima University, expressed the importance of this meeting held by the university, as it sheds light on a middle eastern approach to freedom of religion and belief dependent on a holistic attitude. Freedom from occupation, political freedom and women’s freedom in a male society are all forms of freedom that are at the core of what we are seeking, and he added: “We as a Palestinian people still living under Israeli occupation cannot but cherish freedom.”

According to the Consultation Program Manager Dr. Pamela Chrabieh: “Many countries in the world (including in the SWANA region) have pledged to uphold FoRB. However, restrictions on religious minorities and personal status laws, harassment/persecution of non-theists and atheists, etc. have increased in the last few years. Consequently, many believe that FoRB should be further promoted, implemented, and protected in SWANA. However, others believe that SWANA should create its own contextual approaches, frameworks, and policies pertaining to freedom of religion or belief, without foreign interference.”

The consultation will provide a platform for SWANA and diaspora stakeholders to share insights on FoRB and to come up with recommendations in accordance with a common framework.

LIVE FROM CYPRUS: DAR AL-KALIMA UNIVERSITY LAUNCHES A TWO-DAY CONSULTATION ON FREEDOM OF RELIGION OR BELIEF IN SOUTHWESTERN ASIA AND NORTH AFRICA