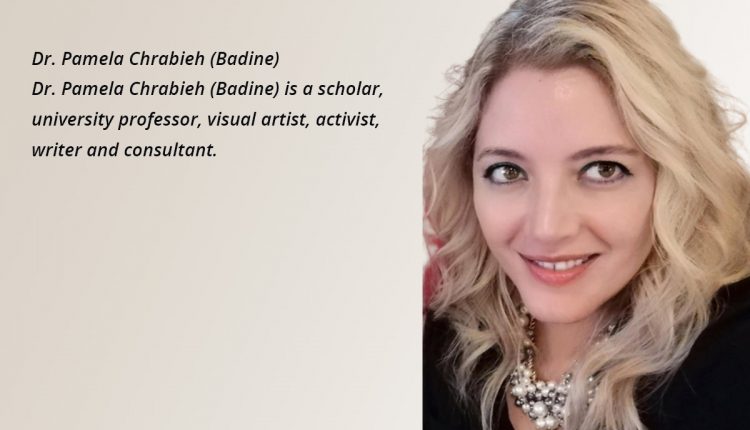 Dr. Pamela Chrabieh (Badine) is a scholar, university professor, visual artist, activist, writer and consultant. She holds a Higher Diploma in Fine Arts and Restoration of Icons (1999, ALBA, University of Balamand, Lebanon). She pursued her higher studies at the University of Montreal in Quebec – Canada: Minor in Religious Sciences (1999), MA in Theology, Religions and Cultures (2001), PhD in Theology-Sciences of Religions (2005), and held two postdoctorate positions (2005-2008).

Dr. Chrabieh is the author of numerous books, book chapters, academic papers and online articles. As a visual artist, she has exhibited her work in Canada, Lebanon, the United Arab Emirates and Italy. She has founded an online movement of writers and artists focused on gender issues in 2012, and has been an active member of local/international NGOs, and a member of executive committees and advisory/editorial boards of several organizations since 1995.

Selected as one of the 100 most influential women in Lebanon (Women Leaders Directory 2013, Smart Center and Women in Front, Beirut), and ‘Most Exceptional Teaching Fellow’ in 2008 (University of Montreal), Dr. Chrabieh won several national and regional prizes in Canada (including Forces Avenir Université de Montréal, Forces Avenir Québec, Prix Lieutenant-Gouverneur du Québec), and her Peace Education ‘Diplomacy of the Dish’ activity was selected as one of the most innovative activities during the Innovation Week of the United Arab Emirates in 2015.

Since 2017, Dr. Chrabieh has been the owner and director of Beirut-based SPNC Learning & Communication Expertise, and since 2018, Eastline Digital’s Creative Communications Manager.